tl;dr: In one of my many efforts to keep myself accountable, welcome to my Sunday Recap, where I look back on the progress I made toward my goals during the week. 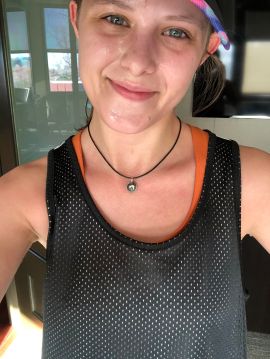 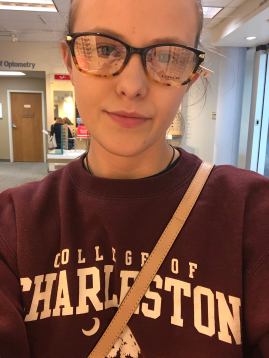 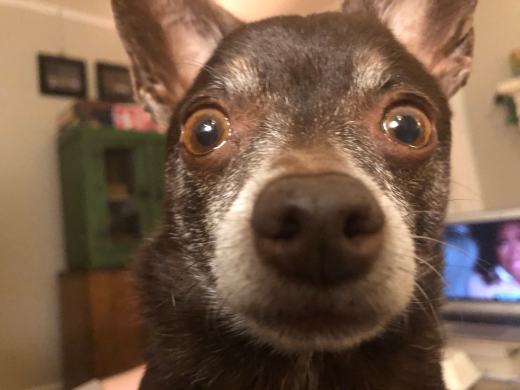 This was a considerably better week than last week. Still very busy and working hard, but, with my plan, still managed to do most everything I said I would.

I know, I know, you’re probably wondering what’s going on with all these dogs pictures. I thought you were a crazy cat lady! you’re thinking. I definitely am, but I do also love puppers, and these are two that I regularly dogsit, Verna (the ‘lil brown scrap) and Jessica (the chunky white model). Their people were out of town Tuesday through Thursday, so I hung out with these babies a lot this week.

I was somewhat concerned dogsitting would throw me off schedule tracking toward my goals, but it didn’t really. I ran the fifteen miles that I said I would, finishing the week with a long five-mile run with my friend, Laura. I even squeezed in a couple extra yoga classes. I went into Monday feeling energized and refreshed.

Note: Today’s Monday. This post shouldn’t technically be titled “Sunday Recap” (but it is so deal with it). After our run on Sunday and my yoga class, I debated about posting my run log and this recap. But more than anything I wanted to shower, make lunch, and watch Buffy on my couch with my boyfriend and my cat all day. So that’s what I did. With dogsitting, spending quality time at home was one thing I didn’t get a lot of this week, so I didn’t and don’t see the harm in posting those today as opposed to yesterday, when I just wanted chill. So I put my phone in another room, left my laptop in my book bag, and vegged out with my lil’ family. It was great.

The downside of shunning my technology meant that I totally forgot about this week’s prompt (whoops). And it’s such a fun one, too! A couple of people have sent me drafts, so thank you, friends. I’ll write my draft and post my process recap soon (this week–promise). I actually owe y’all two drafts! I technically never finished my draft of my International Women’s Day prompt, and promised I’d get y’all that before I did this week’s. So two drafts this week you shall get.

I’ve also decided that prompts are going to be weekly instead of bi-weekly. The week before this one was supposed to be an off week, so when a couple of my friends mentioned wishing the prompts were weekly, and it also happened to be National Women’s Day that Friday, I decided to post a special prompt. Y’all seemed to like that, and you seemed to enjoy the last one, too, so I’m going to keep it weekly for now. I’m sure I won’t always be good about this (as evidenced above), but I’ve found that these prompts have dramatically helped my writing habits already (and we’re only in week three) and think I might as well keep doing a thing that works.

I’ve also decided to dial back my topic-based posts (such as my latest: “I’m Going to Read…“). These are just harder and take more time to write, and while some of them (like my last one) are more so affirmations for myself than they are true posts, I do/will end up doing a lot of that same tracking and keeping-up in my run logs, these weekly recaps, and my prompt discussions. I’d rather spend more time on doing the actual work than talking about the work.

Something else I’d rather spend more time doing: reading. I didn’t really read as much as I’d have liked this week. I continue to make good progress on Michelle Obama’s Becoming since it’s an audiobook, and I can listen on my commutes and during runs. I probably could have finished or come close to finishing Susan Orlean’s The Library Book this weekend, but again, elected to veg out and watch Buffy. Which, of all the TV shows, seems like an excusable substitute. I’d maybe promise to finish it this upcoming week, but I just promised you two poem drafts, so I think I’ll keep it at that for now. Instead of a promise, here’s a mindful nod acknowledging that not finishing this book is keeping me from starting all those books I mentioned in my last post.

As you can see in one of the pictures up top, I ordered all my chosen books last week and they finally got here on Friday! Who doesn’t love a day when a ton of books come in the mail? I think I’m going to start with Ada Limón’s The Carrying since it’s getting so much attention right now. A very good friend whose opinion I trust more than my own said they didn’t love it as much as the rest of the world seems to, and another one of my friends said it was absolutely amazing, so I’m excited and curious to give it a go myself and to tell y’all what I think.

I’ll have to report back next Sunday and let you know where I’m at. Until then.